If you are holding a corporate event, trade convention, private celebration, wedding, award ceremony, engagement celebration, then you need to take a look at employing a roaming magician for your guests. A magician that will take a trip to your celebration in Greater Manchester and carry out amazing magic with business cards, coins, keys, Rubik’s cubes in addition to modern technology like ipads and iphones.

Keelan Leyser is known to be among the most sought after mix and mingle magicians in the country, Keelan is an award winning magician known for his expert skill and pioneering magic that has actually broken limits in the magic community.

If you are on the lookout for a professional magician in Greater Manchester who is known to be a master in the market then look no further. Keelan will not only amaze your guests however above all he will entertain your visitors. Keelan has actually devoted his entire life to discovering his craft and understands which are the best magic tricks to perform for the right individuals. Keelan understands how to approach and handle his crowd like a professional so you don’t need to stress whether he will be the perfect fit for your guests.

Keelan and his Team of Close up Magicians are available for hire in Greater Manchester. Picking the right table magician for your occasion in Greater Manchester is very important, you should choose a magician that can resonate with your visitors which is why it works to examine out Keelan’s showreel so you can see first-hand the kind of performance you will get. If you like what you see then feel free to get in touch with to see if Keelan is available for your celebration in the area, if Keelan is not available he can put you in contact with one of his associates that work around the Greater Manchester area, magicians that he trusts and performs with on a regular basis. They are a group of expert close-up magicians that are completely guaranteed and all members of the Magic Circle.

If you are trying to find something cutting-edge and up to date for your occasion then have you heard of Digital Magic?  Keelan Leyser is understood to be the Country’s expert in this brand-new field of magic.

Keelan was voted both the British Magical Grand Prix Champion and British Champion of General Magic at the World’s biggest magic congress. You can witness unbelievable Digital Magic where items are drawn in and out of google, tricks with Facebook! This is magic that is so modern your visitors won’t have encountered anything like this before!

A Magician is preferred at wedding events it breaks up that awkward time when pictures are being taken it also assists to break the ice of shy friends who might not understand everybody.

Magic gives your visitors a great talking point for your Wedding day giving them a magical experience that they will never forget. Keelan Leyser is award winning Magic Circle Member with Silver Star, a member of Equity and is completely insured for up to ₤ 10 million. So if you are looking for a Magician in Greater Manchester then you have come to the right website.

Table Magician Keelan and his colleagues have entertained many companies in Greater Manchester such as Apple, Microsoft, IBM, Prudential Financial, Sysco, AIG, Liberty Mutual Insurance Group, Merck, CHS and Sky Comedy as well as a lot more so you are in good company.

Hiring a Party Magician to entertain with their Mix and Mingle Magic at your celebration in Greater Manchester is something you won’t regret.  Table magic is terrific genre of magic that happens right in front of your nose, magic you do not simply simply feel however watch and touch and is ideal for business events, private celebrations and special events like private parties and Trade-Shows. A specialist close-up magician will involve and communicate with the audience much more than cabaret magician (or any other type of entertainer for that matter).

If you have any questions regarding booking a Roving Magician for your event in Greater Manchester then feel free to contact us today! 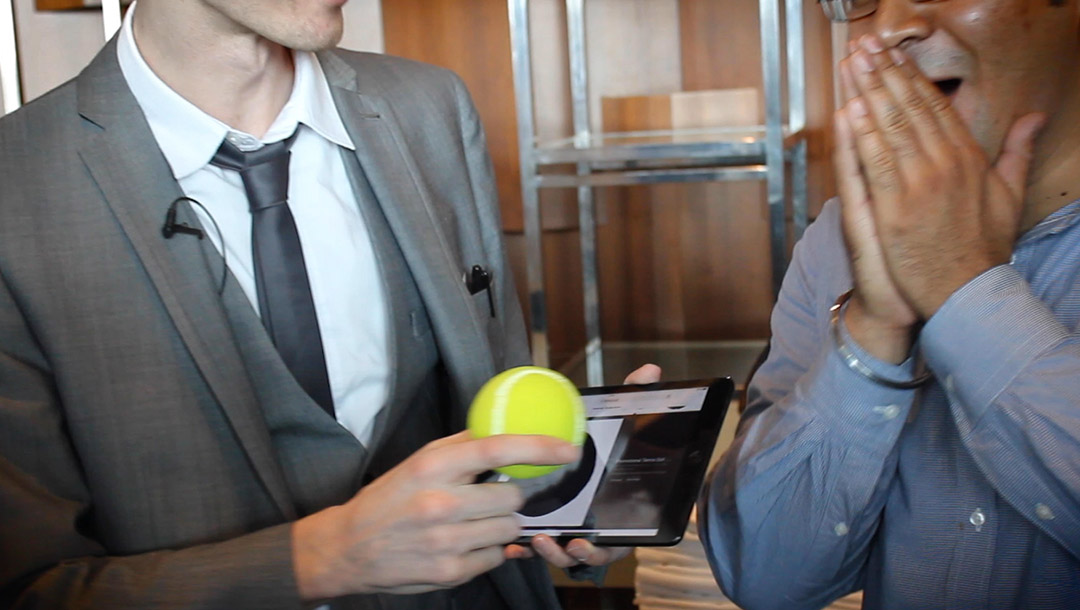 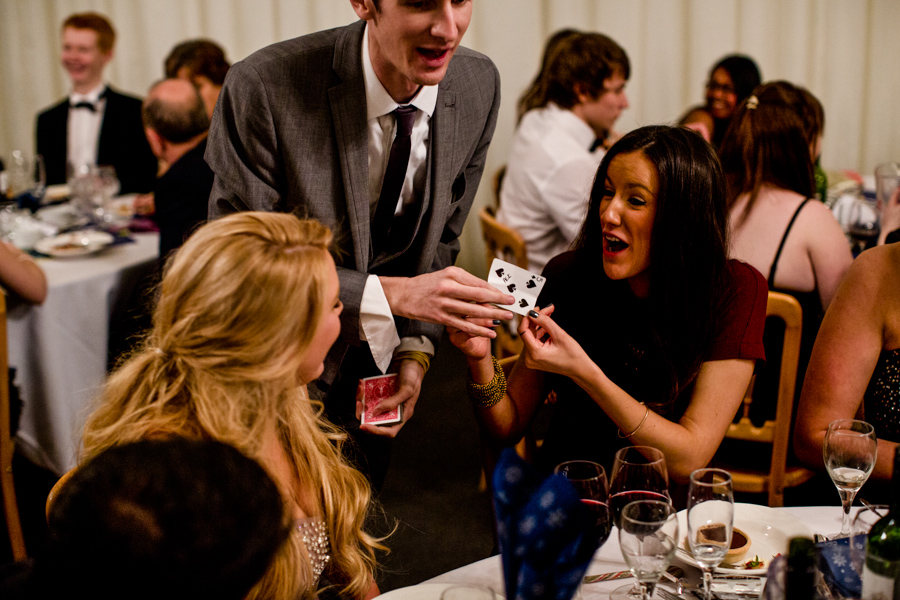